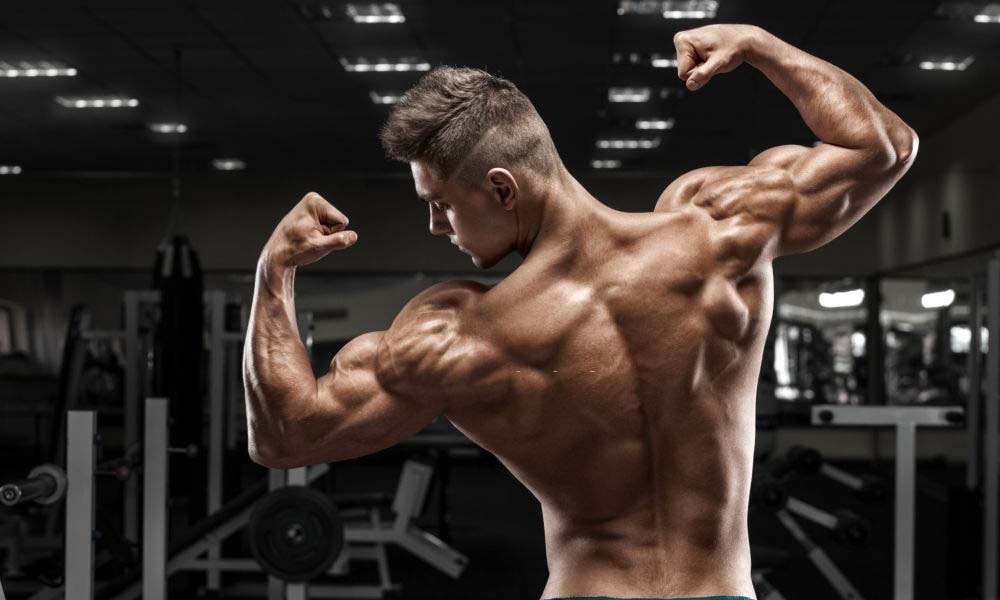 Big round shoulders make good bodies look great. Strong, functional shoulders help you to lift other compound exercises better. When your shoulders are developed from every angle it looks completely round, thick and bigger. Most people concentrate only on anterior delt and lateral delt but forget to train rear delts. We should not make this mistake while doing a shoulder workout. If you train all three heads on a regular basis, you will get a crazy shoulder thickness, broadness, and perfect shape.

Make a 6-day workout plan for better results. Focus on the shoulder muscles, how to workout, and correct posture while doing any workout.

We will talk about Anatomy, best shoulder workout, selective shoulder exercises, step by step process, precautions and much more. So, read this detailed guide on shoulder workout till the end.

There are a total of three heads in shoulders :

Anterior Deltoids is the front third of your shoulder which originates along the lateral third of the clavicle which inserts the deltoid tuberosity of our humerus. This muscle group is responsible for abduction, flexion, as well as internal rotation.

Lateral deltoids also called acromial fibers arise from the superior surface of the acromion process of the scapula.

The main function of lateral fibers is to abduct the human arm by pulling humerus toward the acromion. This results in moving away from the arm from the body. Contraction of these posterior fibers also results in lateral rotation of the arm. This Later deltoid is also known as middle delts, outer delts, or side delts.

Its main function is to extend the shoulder which causes the movement of bringing your arm behind you. Lateral rotation of the shoulder is possible because of posterior deltoids.

TARGET AREA: Shoulder press is a compound exercises. It target all three heads of shoulders, but more pressure will be on anterior and lateral delt.

How to do Barbell Shoulder Press:

TARGET AREA: Anterior delt and lateral delt are targeted while performing Arnold presses. Rear delt gets some amount of tension.

How to do Arnold Presses:

TARGET AREA: Your lateral deltoids are targeted during this exercise.

How to do Dumbbell Lateral Raises:

TARGET AREA: Your posterior deltoids ( rear delt ) are activated in this exercise.

How to do Dumbbell Rear Delt Flyes:

How to do Reverse Pec Deck Flyes:

TARGET AREA: While performing upright rows you hit your lateral deltoids, anterior deltoids, upper traps, and rhomboid muscle gets some amount of tension.


You can perform the same exercise by taking barbell or cable instead of dumbbells.

How to do Dumbbells Upright Rows:

Best Exercises to do at Home during Coronavirus Outbreak

Connect with us on

Join us on Telegram

Best Exercises to do at Home during Coronavirus Outbreak

Fitness Strength Buzz - April 2, 2020
0
With the increasing number of diseases and stress levels, many people are turning towards physical and mental exercises to maintain a healthy lifestyle. So,...

Motivation Strength Buzz - March 18, 2020
0
Nowadays, we cannot imagine a healthy life without a gym. Maintaining consistency and persistence is a major thing if you want a ripped body....

Equipment Strength Buzz - March 7, 2020
0
Adjustable dumbbells offer the best exercise at home. When you're thinking of building a home gym, you should rethink before buying dumbbells. Gyms have...

Fitness Strength Buzz - March 3, 2020
0
In the 21st century, the lifestyle of human beings have changed a lot. Newer technology is introduced every day to reduce human efforts, due...

Fitness Strength Buzz - February 18, 2020
0
Bicep workouts have entirely designed to build the strength in your arms and make them look fabulous in all outfits. We all want well...

StrengthBuzz is a participant in the Amazon Services LLC Associates Program, an affiliate advertising program designed to provide a means for sites to earn advertising fees by advertising and linking to amazon.com and amazon.in

The Ultimate Chest Workout for Mass Gain and Cutting

How to do Barbell Bench Press | Chest Workout